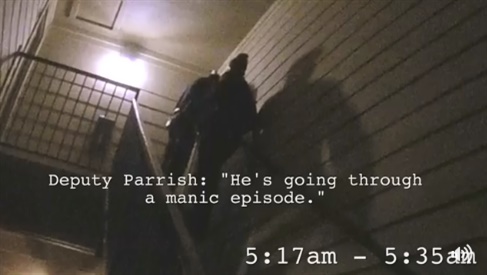 The Douglas County (CO) Sheriff's Office has released a video in which Sheriff Tony Spurlock explains in detail what happened before, during, and after the Dec. 31 incident in which Dep. Zackari Parrish was killed and four other law enforcement officers were wounded.

Posted on the Douglas County SO's Facebook page, the video includes redacted footage from body cameras worn by multiple officers during the incident at the Copper Canyon Apartments in Highlands Ranch. The footage includes contact with the shooter, the sounds of numerous gun shots, and the wounded officers receiving first aid.

The Facebook post says: With permission and support from the Zackari Parrish family, as well as that of the injured deputies and their families, this video is intended to communicate directly with the employees of the Sheriff’s Office, Douglas County and the communities we serve and to you about what happened in the early morning hours of Sunday, December 31.

In the production of this video, we have removed all images and audio of the suspect, being sensitive to the families involved, our employees and members of our community impacted by this tragedy.