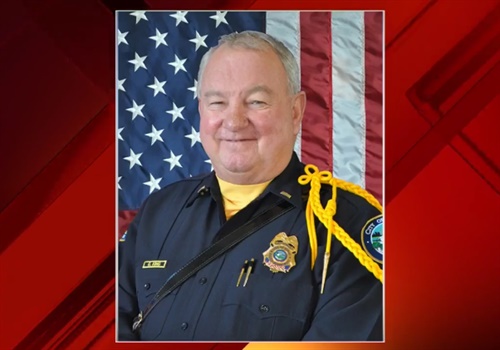 An off-duty Doral, FL, police officer was shot in his driveway late Tuesday by two men who stole his duty weapon, police said.

Lt. Gary King was shot in the arm about 9:45 p.m. outside his home in Palmetto Bay, FL, according to Miami-Dade police Detective Alvaro Zabaleta.

"He was apparently returning to his home," Zabaleta said, adding that he may have been followed.

King was rushed to Jackson South Medical Center, where he was listed in stable condition. Zabaleta said King is expected to recover, reports WPLG.

The suspects stole King's gun along with some jewelry and other items before fleeing in a red four-door Toyota, reports NBC Miami.

King, a 48-year police veteran who started with the Miami Police Department, also had worked for Miami-Dade police. Now he commands a traffic unit in Doral.