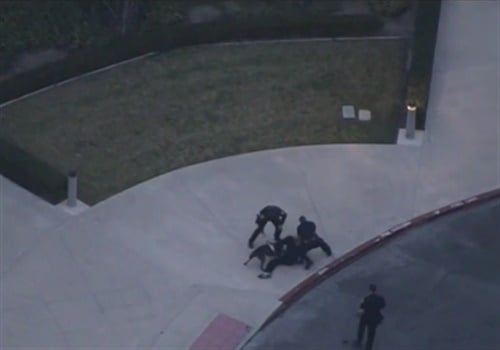 A high-speed chase involving multiple agencies, several hit-and-run crashes and a violent carjacking in Orange County, CA, ended when a police K-9 took down the suspect.

The man -- who was wanted for assault with a deadly weapon on an officer last week -- led police on a chase that started shortly before 5:30 p.m. Monday in Garden Grove.

The suspect in that Feb. 18 incident was identified as 37-year-old Antonio Padilla Jr. of Riverside County. Padilla was also wanted for a current parole violation.

He drove in the emergency lane of the freeway, blew through red lights and crashed into at least two other vehicles while trying to evade officers.