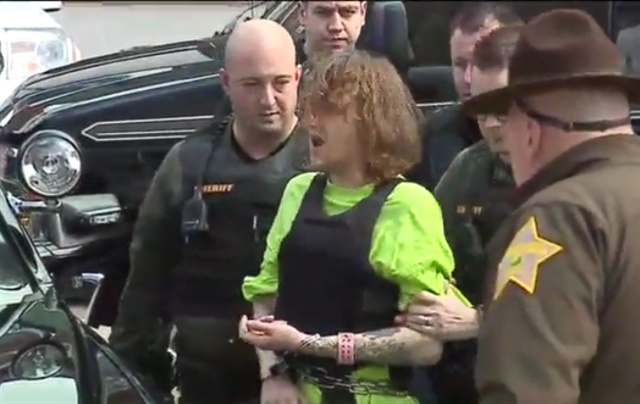 Investigators were chasing Baumgardt and two other men after they fled the site of an unrelated attempted arrest last Friday. Prosecutor Todd Meyer says Baumgardt jumped from a fleeing car, and he ran around the corner of an apartment building in Lebanon with Deputy Pickett and his K9 partner Brik in pursuit.

Pickett was shot once in the head. Officers returned fire, wounding Baumgardt before taking him into custody.

While officers walked Baumgardt into the courthouse ahead of his initial hearing, he was asked if he was sorry for killing Pickett. Baumgardt said "nope," and he  repeated multiple times he has "no remorse," Fox 59 reports.