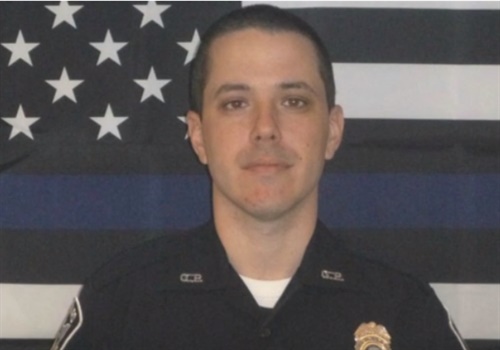 Police once saved the life of the man they say just killed an officer in Girard, OH, this past weekend, reports WJW-TV.

Liberty Township Police Chief Rich Tisone said his officers and township firefighters helped save the life of Jason Marble in July 2015, by giving him CPR and Narcan.

Marble is the man sources say is alleged to have shot and killed Girard, OH, Officer Justin Leo Saturday night.

"It was rather disturbing to find out that we saved his life, and two years later he ended an officer's life," Tisone said Monday.

Police were called to a home on Indiana Avenue in Girard about 10 p.m. Saturday. Shortly after they arrived sources say Marble shot Officer Leo. Another officer returned fire, killing Marble.

Several police flags line the street where the officer was shot. Some neighbors even have blue ribbons tied on trees and small memorials in their yard.

Leo, 31, worked as a police officer for Girard for about five years.

A judge in Alabama has denied bail for the man accused of murdering Huntsville police officer Billy Fred Clady III in December.

Four officers with the New York Police Department were hospitalized after their two patrol SUVs collided in the Bronx on Sunday.

Man Who Murdered Alaska Officer Sentenced to 119 Years in Prison

The man who was convicted of murdering an officer with the Fairbanks (AK) Police Department in a 2016 incident has been sentenced to more than a century in jail.

A man has been arrested for reportedly approaching and attempting to rob a plainclothes officer on Monday evening.

A deputy with the Waukesha County (WI) Sheriff's Department pulled over and issued a warning to the driver of the famous Oscar Mayer "Wienermobile" for reportedly violating that state's "move over law."

A woman has filed a lawsuit against the Denver Police Department one year after her home was destroyed by fire reportedly started by a SWAT team attempting to arrest her 35-year-old son, Joseph Quintana.

Officers with the Williamsburg (VA) Police Department have taken to being accompanied by dogs from area animal shelters in a "K-9 for a day" program aimed at finding those animals adoptive homes.