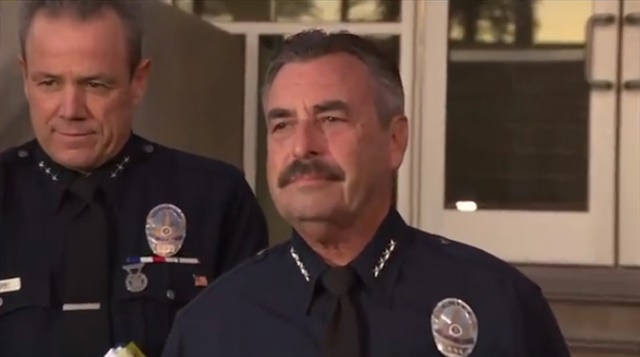 Los Angeles Police Chief Charlie Beck forcefully denied Tuesday that his department had falsified violent crime statistics and dismissed the allegation by a captain that the LAPD misled the public as "not only untrue, but outrageous."

"They are not only lies, but they are damn lies," Beck said of the allegations. "If I'm cooking the books, I'm not doing a good job," he said. In 2016, violent crime increased in Los Angeles for the third straight year, reports the Los Angeles Times.

"I am confident that there is no purposeful misclassification," he said. "Believe me, the consequences are way too high."

The fiery rhetoric by Beck came in response to a claim filed Thursday by Capt. Lillian Carranza, who alleged that aggravated assaults were intentionally underreported in multiple police divisions across the city.

Carranza, who oversees the Van Nuys station, held a news conference Monday and accused LAPD leaders of operating a "highly complex and elaborate coverup" to support a false portrait of public safety in L.A.

On Tuesday, Beck pointed to several reforms in recent years, including a series of internal audits of the LAPD's crime statistics, training more than 2,000 detectives to accurately categorize crimes, and the creation of the Data Integrity Unit—a small team of detectives and data analysts responsible for scrutinizing the data.