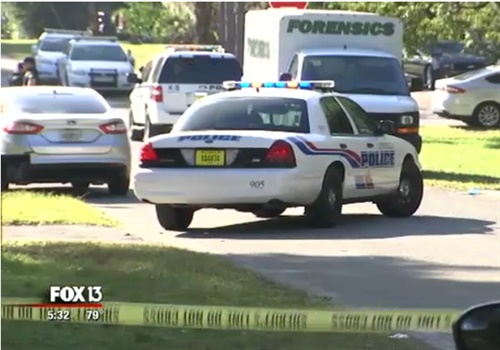 The search is on for two men who fired several shots into a Zephyrhills, FL, police officer’s home early Tuesday morning.

Police say two unknown males walked onto the officer’s property and fired rounds into the officer's police vehicle, which was parked in the driveway. Then, they fired several shots into the house, reports WTVT-TV.

The officer and his family were not injured, according to a media release.