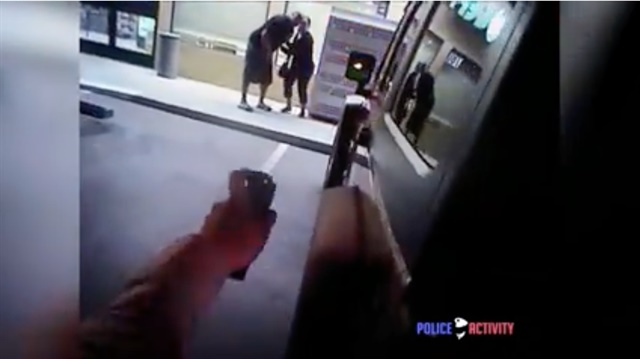 Las Vegas police have released body camera video of a fatal officer-involved shooting Saturday in which the officer pleaded with a gunman to drop his weapon before he opened fire.

Assistant Sheriff Tom Roberts said officer David Nesheiwat shot and killed Phillip Pitts, 41, who was holding his wife and pointing a gun at her outside a store near Maryland Parkway and Cactus Avenue. Pitts’ wife was also struck accidentally by one of the officer’s shots.

Roberts said one of Nesheiwat’s rounds went through Pitts and hit the woman. Pitts did not fire his gun.

They were both taken to University Medical Center, where the man died. No officers were hurt, police said. The woman underwent surgery and is expected to survive, The Review Journal reports.