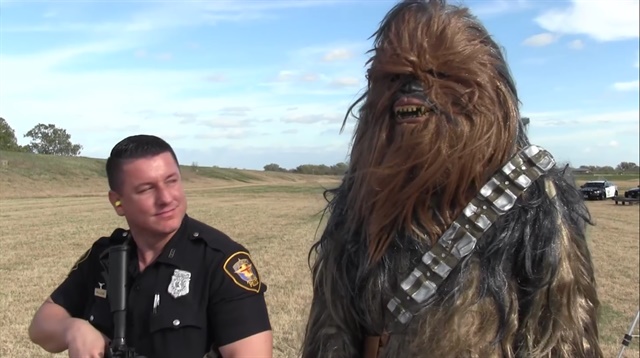 The Fort Worth (TX) Police Department has produced a "Star Wars" themed recruiting video that has gone viral.

The video, which features Wookie Chewbaca on patrol and training with Fort Worth officers, has more than 1.5 million views on Facebook, WFLA reports.

The department wrote this on Facebook: “We know things have been tough for Chewbacca lately. We hoped that we could find a place for him within our Department. Did it go well? You decide.”