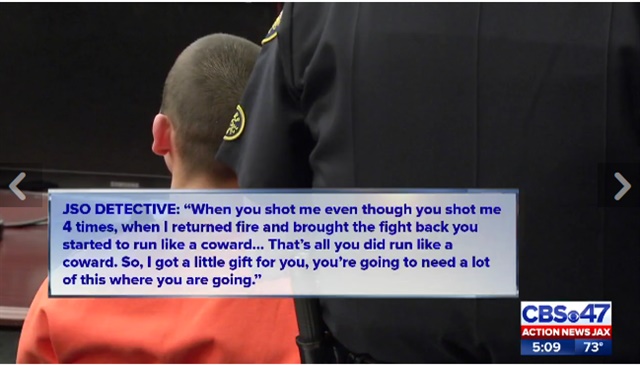 Kevin Rojas, the 21-year-old who shot a Jacksonville Sheriff's Office officer during a gun battle in 2016, was sentenced to life in prison on Wednesday.

The officer, who Action News Jax is not identifying because he continues to work in undercover operations, spoke at the sentencing and had several words for Rojas:

"I will take those bullets instead of a fellow officer or innocent bystander," the officer, who was ambushed by Rojas, said on the stand. "When I brought the fight back, you ran like a coward."

"I brought a little gift for you," the officer said. "You will need it where you are going."

The officer then pulled out a bottle of what Action News Jax called "lotion" and other media called sexual lubricant.