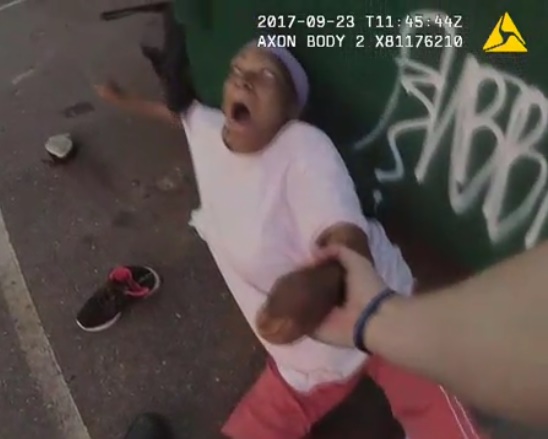 A woman taking out her garbage on Sept. 23 in St. Paul, MN, was attacked by a police K-9 that was on the trail of a burglary suspect and she is now suing because of the incident.

Desiree Collins is filing a suit in federal court against the department for damages stemming from the incident, arguing that the officer's leash on the dog was much too long and that he did not give proper warning that the dog was rounding a corner outside his view.

Footage from police body cameras shows several officers apologizing to Collins after the incident, saying she was simply in the wrong place at the wrong time. It's a sentiment St. Paul Police Chief Todd Axtell echoes, saying that he would love a chance for his officers to go back and redo the incident.

“My heart breaks when I watch this video," he said in a statement to Fox 9. "“What we can do is apologize and take responsibility, offer support and compassion, and learn from the incident so we can continue to work to prevent it from happening to anyone else.”

Police spokesperson Steve Linders confirmed Thursday that both the officer and his K9 were sent back to training for another month before returning to duty.