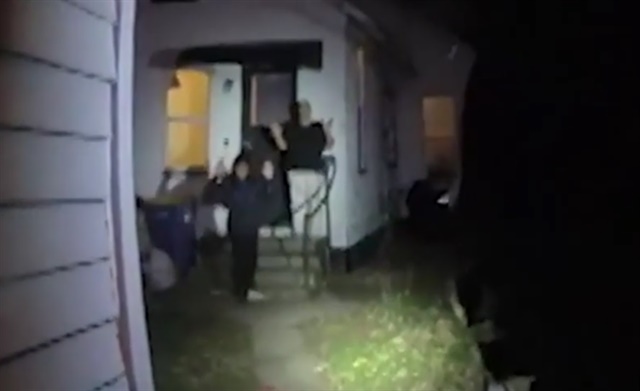 A police department in Michigan has launched an internal investigation into a recent incident in which an 11-year-old girl was handcuffed at gunpoint.

The Grand Rapids Police Department on Tuesday released footage from body cameras worn by officers who were investigating a stabbing in the city on Dec. 6. At one point, the footage shows police pointing guns at an 11-year-old girl before placing her in handcuffs as she screams, "No, please!"

One officer can be heard saying to the girl, "You're fine. You're not going to jail or anything."

"Listening to the 11-year-old's response makes my stomach turn. It makes me physically nauseous," Rahinsky said at a press conference Tuesday when the footage was released.