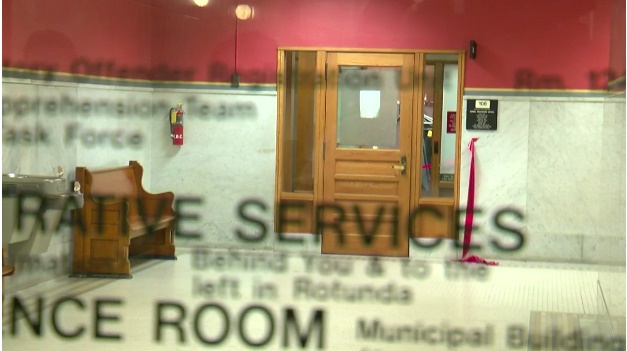 Authorities are investigating an officer-involved shooting inside an interview room at Minneapolis City Hall Monday night.

Minneapolis Police Chief Medaria Arradondo said a person being interviewed by investigators was left alone in a room. When he began hurting himself with an “edged weapon,” officers attempted to subdue him.

Sources also told WCCO the man lunged at police officers before he was shot. Sources said two detectives were also in the room with the officer who fired the gun, CBS Minnesota reports.