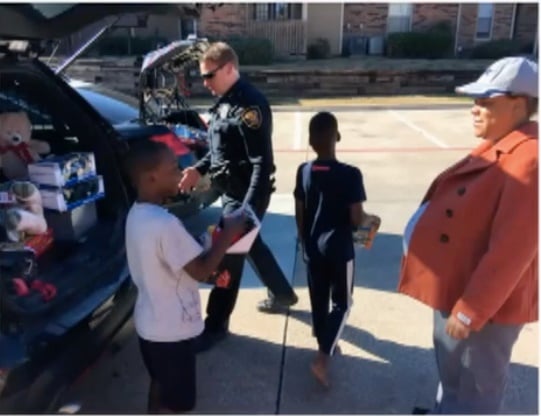 A mother in North Texas is feeling extra grateful this Christmas after police in Fort Worth replaced gifts for her three sons that were stolen out of her car Friday.

Brittney Curry told Fox 4 News she thought the holiday was going to be ruined after a Grinch stole bikes, games, shoes and clothes out of her trunk of her car after it was left in a parking lot for several hours.

"There was no way we were going to be able to rebuy any of those gifts," she told Fox 4. "I was devastated."

After she broke the news to her sons, Curry then contacted Fort Worth Police.

When Curry called again to follow up on Saturday, police surprised her and said they had three bags of gifts they wanted to bring over.