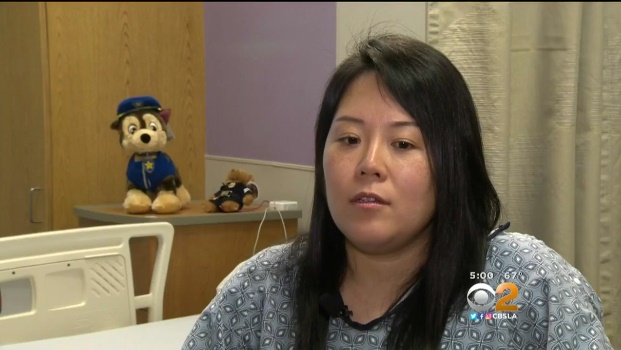 LAPD Officer Joy Park is in the hospital recovering from injuries she sustained after being ambushed and shot while on the job in the Westlake District nearly one week ago.

“Officers on patrol, they never know what’s coming to them,” the 35-year-old officer said to CBS2 while recounting the shooting. “I felt tremendous pain in my thigh. I immediately realized I got shot.”

Alongside her partner, Park had stopped a man on a street in the Westlake District for having an open container, when someone from a distance began shooting at them in an ambush attack.

Since that night, Park has been recovering in the hospital, and Thursday, she got on her feet for the first time.

The man arrested in the shooting was charged with attempted murder. Park is expected to make a full recovery.