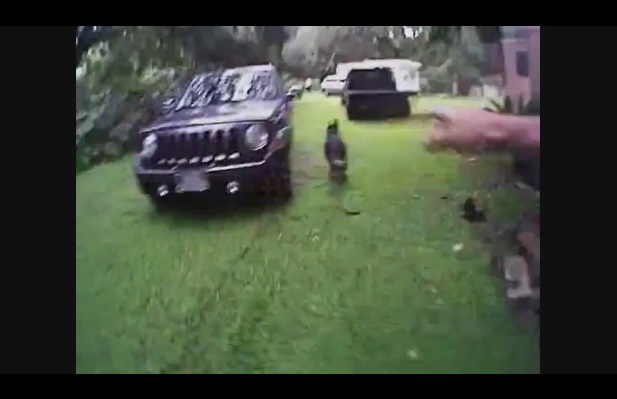 A K-9 with the Pasco County (FL) Sheriff’s Office is being hailed as a hero after his speedy pursuit was caught on a deputy’s body camera.

Dramatic video shows K-9 Shep and his handler, Deputy Nick Carmack, in their patrol car, chasing down a suspect who fled a traffic stop.

“They just struck a vehicle, we’re about to bail,” the deputy says on a radio call before he hits the brakes and exits the vehicle with the K-9 by his side.

“Get 'em! Get 'em,” the deputy commands, and in a split-second, the dog takes off, moving at high speed.

Within seconds, he catches up with the suspect and apparently tackles him to the ground. The dog puts the suspect in a hold, until responding officers catch up to place him in handcuffs, reports WFLA TV.