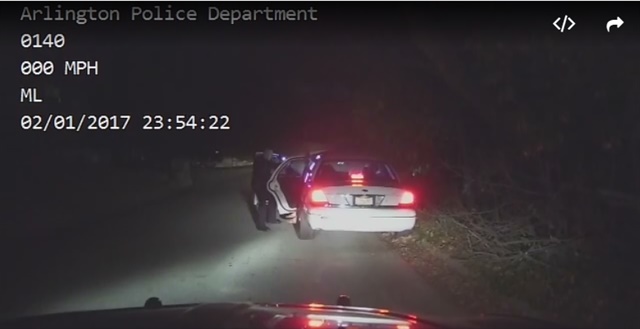 A Tarrant County, TX, grand jury has declined to indict an Arlington police officer in the shooting death of a man during a traffic stop in February.

Tavis Crane, 23, who had warrants for his arrest, refused multiple times on Feb. 1 to get out of his vehicle when asked to do so by Cpl. Elise Bowden before twice running over her. A backup officer, Craig Roper, who was partially in the car before it started moving, then got all the way in and shot Crane.

Bowden suffered multiple injuries, including broken bones, and was hospitalized for several days, the Fort Worth Star-Telegram reports.