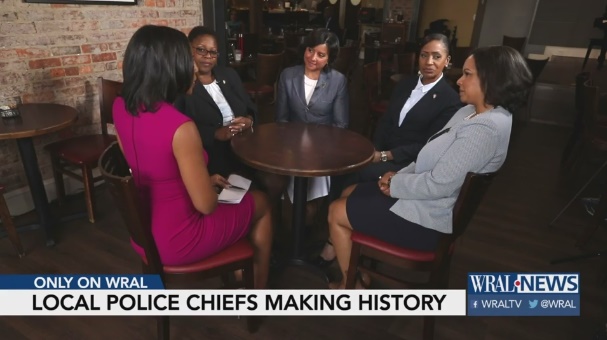 For the first time in North Carolina history, there are six female, African-American major-city police chiefs.

"When I walked in today, I had to just stop for a second because I saw these women, and I thought, 'Let me just soak it in,'" Andrews said when the four Triangle-area chiefs met for an interview with WRAL News.

From the first day of police academy, the chiefs said, they quickly got a reality check that they would have to work twice as hard to get through because they were women. Deck-Brown's class at the Raleigh Police Department had only four women, which she says was a record at the time.

"This is a paradigm shift in policing," Deck-Brown said. "This is what 21st century (policing) looks like. All we need is the opportunity. Some do it better than others, but we need the opportunity."

It's an opportunity they relish sharing with each other.

"Know that it's not just happening here," Andrews said. "It's happening in Dallas, in Portland – it's all over. It's happening all over, and I just tell you, I love the black girl magic."