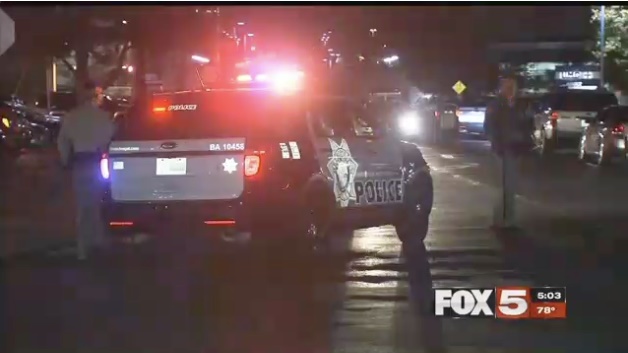 Las Vegas Metro police said a suspect pointed a correction officer's Taser at a security guard and a Metro officer Sunday before a shooting at University Medical Center Monday.

According to Capt. Kelly McMahill, of Metro, on Sunday at 10:40 a.m. the suspect called the communication center and said he was feeling suicidal. He told the dispatcher that he was going to "blast it out with the police officers." He also indicated that he had a firearm.

Officers arrived and found the suspect passed out on the ground, McMahill told Fox5.

The officers then took the suspect to the Clark County Detention Center and then to University Medical Center.

The suspect later pointed the taser at the Las Vegas Metro officer and the officer fired one round at the suspect killing him.