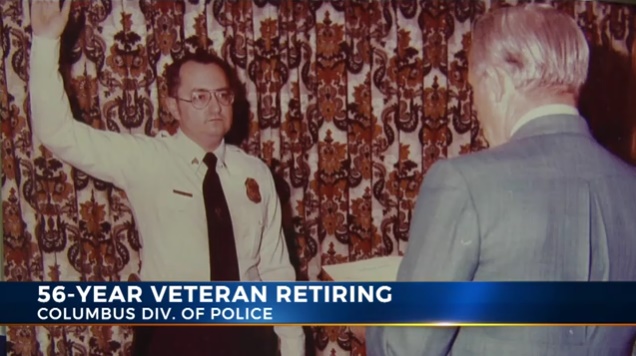 A man who's spent decades serving Columbus, OH, and is known as the longest serving Columbus Police officer retired this week after 56 years on the job, reports WCMH-TV.

He followed in his father, Sergeant Carl Barth's, footsteps. His brother was also a police officer. But he thought he would retire sooner. "Yeah, when I was young I was going to retire at 25 years but it never happened and I just kept going and going," he said.

Lt. Barth said he will miss a lot about the job. "I'm going to miss the officers, miss all the public that we deal with and we deal with a lot of public in our office. It's been very enjoyable…I've loved every minute of it," he said.

The university’s forensics concentration in the criminal justice program will allow students to learn more about forensic psychology and overarching crime scene investigative procedures, relevant topics within the field of criminal justice at this time, CSU says.

It’s a common maxim that when it comes to career success, “It’s not what you know, it’s who you know.” But when seeking effective leaders, hiring and promotion decisions need to be based on competency, not connections.

Webinar on Redefining De-escalation in the Age of Liability

Training simulator features like 4K, augmented reality, virtual reality, and WiFi connected screens are paving the way for the next generation of scenario-based instruction.