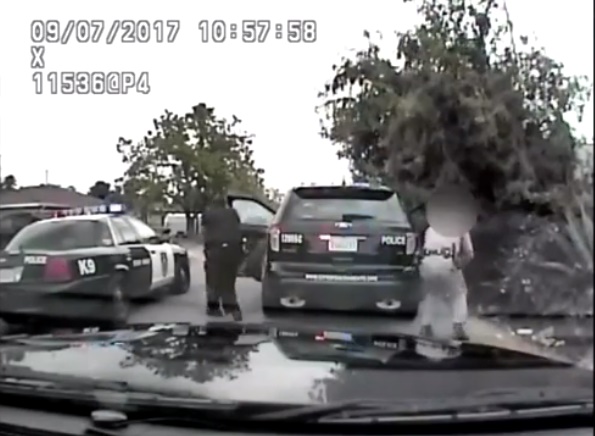 Sacramento police released 15 videos Wednesday from a fatal September standoff with a suspect wanted for killing a mother and daughter in Meadowview, including footage showing him open fire on officers before being struck and dropping to the ground, as well as video of an officer falling backward after getting shot.

Eric Arnold, 41, of Sacramento was killed Sept. 7 after he struck two officers on 27th Avenue in south Sacramento.

Prior to the confrontation, a police camera detected Arnold’s truck. They tracked him through south Sacramento, where he stopped.

On the video, officers order Arnold to exit his truck and get his hands up. After some hesitation, Arnold opens the door and then fires at police, prompting them to shoot and kill him.

Arnold was wanted in the Sept. 1 deaths of Erica Wallace and her 17-year-old daughter, Kiara LaSalle, the Sacramento Bee reports.