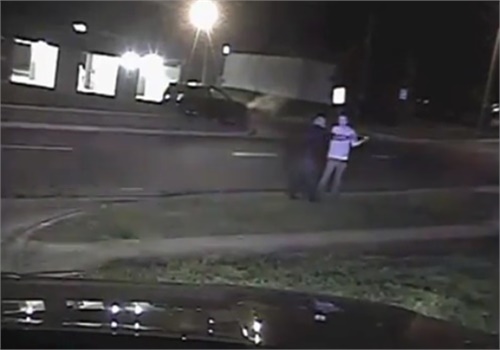 On Wednesday, after serving 170 days in jail, Bradley Don Poland was placed on probation for an April incident in which he drove drunk and an Overland Park, KS, police sergeant wrested a gun from his hand.

"He is very lucky and both he and his family are very grateful for the officer, Sgt. Scott Ferguson, who exercised extreme discretion during the incident," said Poland's attorney, John Picerno.

Picerno said that most likely, a shooting in that situation would have been justified.

Poland, 35, pleaded guilty in August to aggravated assault and battery on a law enforcement officer and driving under the influence.