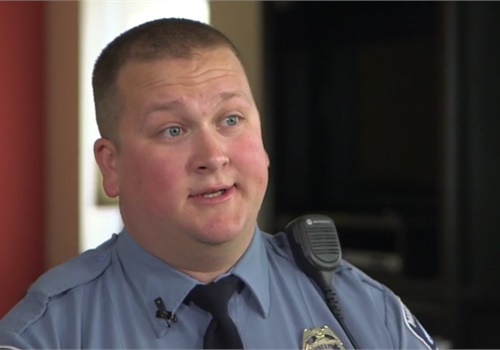 Minneapolis Park Police Officer Justin Brown was off-duty visiting a Las Vegas bar during his honeymoon Oct. 1 when the Las Vegas concert shooting began. He did what he could to help protect people from any attacks where they were.

Brittney and Justin Brown had intentions to attend the Route 91 Harvest Country Music Festival. But the Browns opted last minute for a more low-key Sunday night on The Strip, when they ended up at Redneck Riviera. It is a bar they didn't know belonged to John Rich, of Big and Rich fame, reports WCCO.

John Rich stopped the music to say The Strip was under attack by possible active shooters and bomb threats.

"I asked if anyone was armed in the building, and John Rich said, 'Yes sir, I am armed,'" Justin said. "And I said, 'I'm an off-duty police officer. If you guys have any extra guns I sure would appreciate one and I could help out.'"

He kept watch at the door for two hours, as customers sat locked inside. His new bride, a 911 dispatcher, checked the well-being of bar staff as some struggled to connect with friends still at the festival.

The Browns say it's the first responders who saved people outside Mandalay Bay who deserve the real praise.