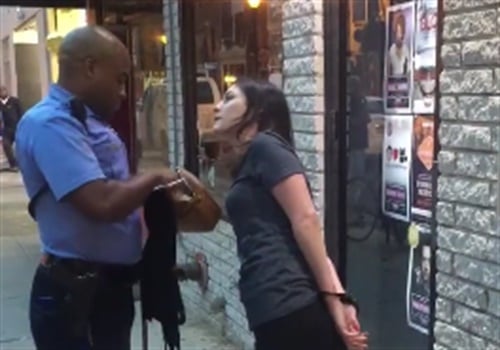 Philly Mag reported Tuesday that a Philadelphia reporter was fired after she was arrested outside of Helium Comedy Club Sunday night for assaulting a police officer. The incident was caught in a now-viral video posted on social media by New York-based comedian Wil Sylvince, reports Fox News.

Colleen Campbell, 28, was asked to leave the venue after multiple warnings for disrupting a show featuring comedian Craig Robinson with her loud whispering. She then allegedly got into a fight with bar staff while on the way out.

Campbell was then filmed telling police, "You guys are f---ing dictators… you f---ing c—k suckers," outside of the venue. She then added, "I did not do s—t, I stood there and laughed like the rest of the audience like I should. I did not disrupt anybody."

The officer, who remained calm, told Campbell and her male guest to walk away. This only enraged Campbell. She was then caught calling the officer a "f---ing piece of s—t" and attempting to spit on the face of a man standing nearby.

Campbell later told the magazine she was allegedly drugged.