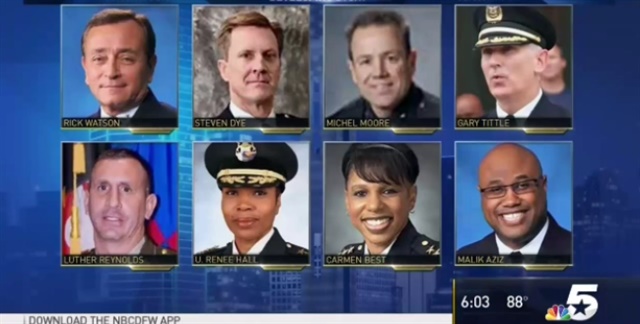 Dallas City Manager T.C. Broadnax will select the new chief. "This is probably one of the biggest decisions I’ll have to make as city manager, one of the most important ones," Broadnax said.

Broadnax said interviews will be conducted over three days in July. Citizens, community leaders and city officials will participate in the process and provide advice before the manager makes the final decision.