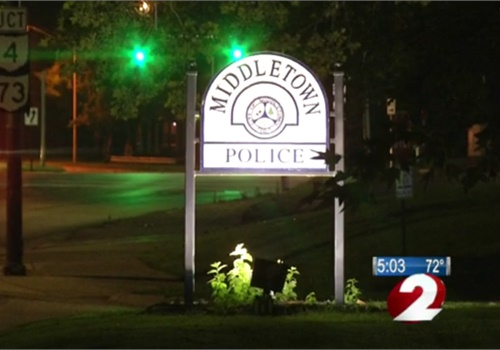 A Middletown, OH, Police officer is in intensive care after a "freak accident," reports WDTN.

Middletown Police Chief Rodney Muterspaw says the officer was hurt when he fell in the police station parking lot. The officer reportedly hit his head.

He was flown to Miami Valley Hospital, where he remains in intensive care. The officer reportedly is unable to speak. It's unclear what caused the officer to fall.