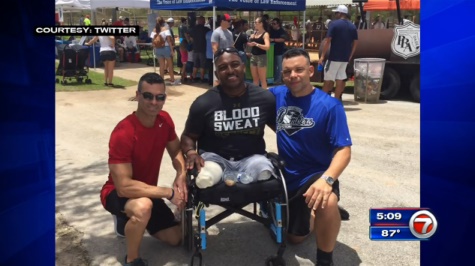 A South Florida police major who lost both of his legs in a tragic accident is now inspiring fellow officers on his road to recovery, reports WSVN.

Miami-Dade Police Maj. Ricky Carter took the first swing at a charity softball game Saturday afternoon. Despite being in a wheelchair, he managed to get a good hit. Fellow officers showed their support.

Back in May, Carter was involved in a motorcycle crash on Interstate 75 in Miami Lakes. He was off-duty, heading to a charity ride.