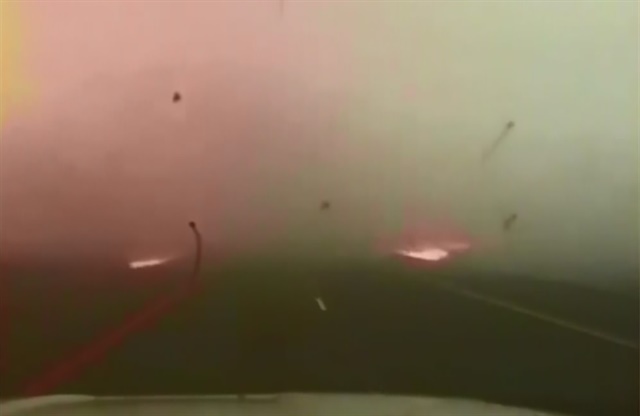 Footage captured on the in-car video system of a Kansas State Highway Patrol vehicle shows the trooper driving through the smoke and haze of a massive wildfire to rescue a stranded motorist.

Fire burns on both sides of the road as the trooper drives on I-270 to rescue the driver, NBC reports.

The wildfires in central and southwest Kansas have been raging since last week, burning more than 650,000 acres.