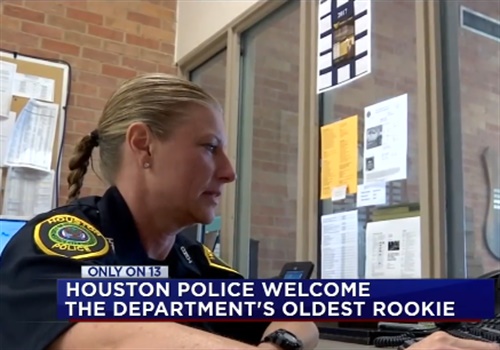 At 53 years young, Officer Wendy Caldwell recently made history at the Houston Police Department. She's the oldest cadet to ever graduate from the department's police academy, reports KTRK.

Caldwell reported for duty last month at HPD's substation off Teague Road. She knows the station pretty well -- she last worked there in 1998, but decided to step aside from crime fighting to raise her children.

"I just felt like it was my duty and responsibility to raise my kids, so that's what I did for the next 18 years," said Caldwell.

Caldwell said she loved being a police officer and felt it was time to return to the force. She enrolled in HPD's police academy last year. From August 2016 to March 2017, she fought through pain and injuries to graduate.