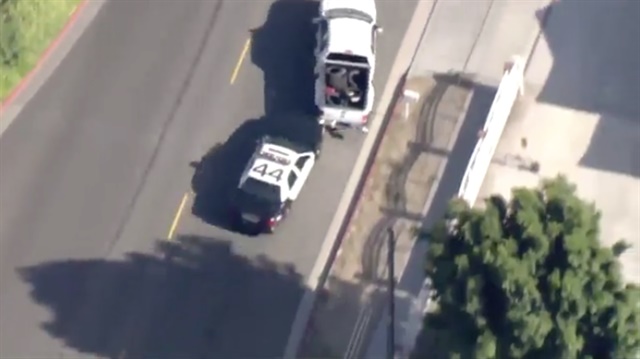 A suspected tire thief was arrested Thursday in Orange County, CA, after a wild high-speed police chase ended when officers used a PIT maneuver to spin out the truck and then had to chase the man down on foot into a front yard.

The truck weaved through traffic, swiped at least one innocent bystander, hit a blue car in a turn and nearly sideswiped another.

The chase, which began in Huntington Beach, continued on freeways. The suspect’s truck then wound its way through Norwalk streets, even speeding on the wrong side of the road, before police brought it to a stop in Buena Park.

The bed of the truck was filled with several tires that police said he had just stolen from a Big O Tires on Beach Boulevard, starting the pursuit, NBC Los Angeles reports.