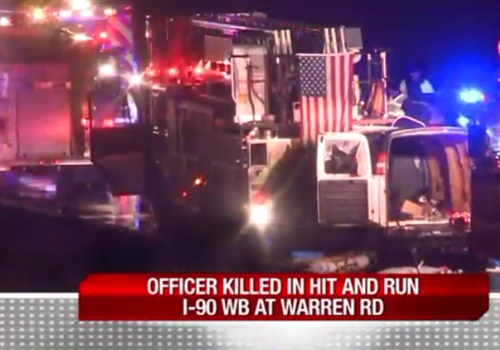 Cleveland, OH, Officer David Fahey, 39, was setting out flares at the scene of a fatal vehicle accident on I-90 West just after 6 a.m. Tuesday when he was killed in a hit-and-run crash, reports WJW.

The officer was taken to the hospital but passed away. Officer Fahey was the stepson of a retired police lieutenant and a Navy veteran. The City of Cleveland said Fahey was hired on July 7th, 2014, and was assigned to the first district.