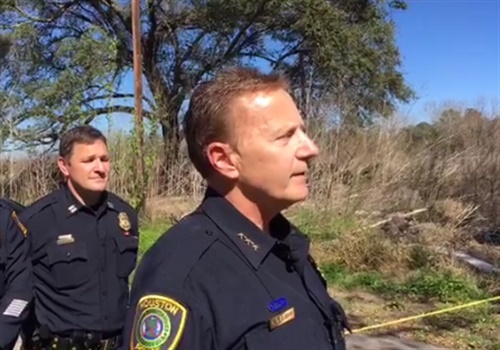 Houston police say an officer shot a K-9 after the dog attacked him during a chase Wednesday afternoon in north Houston, reports KHOU.

The incident occurred around noon Wednesday after two armed robbery suspects fled from officers in a stolen vehicle and rammed a K-9 officer's vehicle. The suspects fled on foot.

Officials say during the chase, the K-9 attacked one of the officers, latching onto his thigh. Authorities say the dog would not let go, and the officer shot the dog twice.

The officer was taken to North Houston Medical Center with dog bite injuries. The K-9 was transported to Aldine Bender Animal Hospital. Police say the dog, K-9 Jake, has undergone surgery and is expected to live.