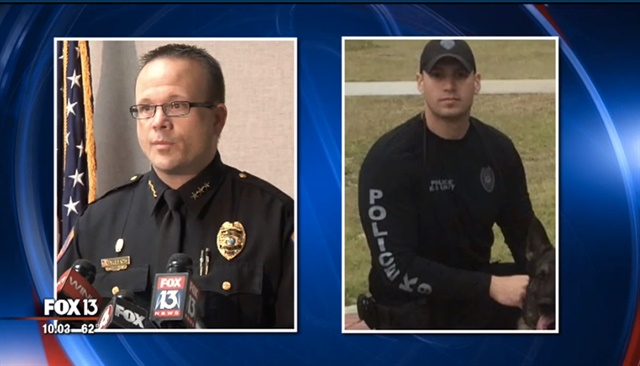 A Punta Gorda, FL, police officer who is believed to have accidentally shot and killed a retired librarian during a citizens academy 'shoot, don't shoot' exercise has been charged with manslaughter, according to arresting documents.

Officer Lee Coel, as well as the Punta Gorda Chief of Police Tom Lewis were arrested Wednesday. Lewis was charged with culpable negligence, according to the state attorney's office.

The charges come after the state attorney's review of an investigation into the shooting death of Mary Knowlton, which was conducted by the Florida Department of Law Enforcement.