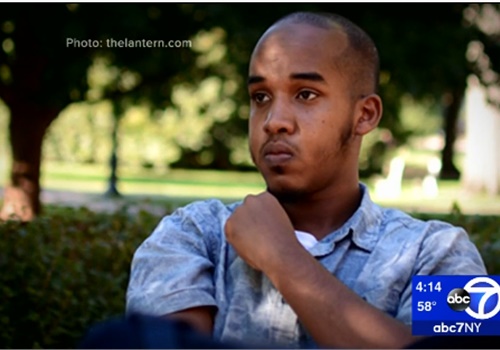 The Somali-born student who carried out the car-and-knife attack at Ohio State University stewed over the treatment of Muslims while apparently staying under the radar of federal law enforcement, underscoring the difficulty authorities face in identifying and stopping "lone wolves" bent on violence.

Abdul Razak Ali Artan was not known to FBI counterterrorism authorities before Monday's rampage, which ended with Artan shot to death by police and 11 people injured, a law enforcement official told the Associated Press.

Law enforcement officials have not identified a motive for the Ohio State violence but have suggested terrorism as a possibility. FBI agents continued to search Artan's apartment for clues.

The mode of attack - plowing a car into civilians, then slashing victims with a butcher knife - was in keeping with the recommended tactics of jihadist propaganda. And Facebook posts that were apparently written shortly before the attack and came to light afterward show Artan nursed grievances against the U.S., according to a law enforcement official who was briefed on the investigation.