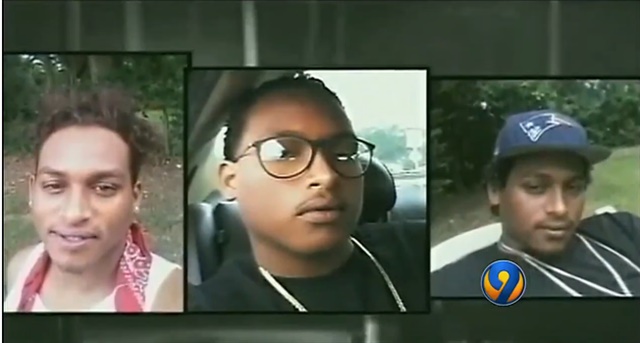 Officials picked up Irving Fenner Jr., who is accused of shooting Officer Tim Brackeen, around 2:30 a.m. at an apartment in Coventry, RI, reports WSOC.

"We'll pursue you and if you want to fight, we'll fight back," Col. Steven O'Donnell, the Rhode Island State Police Superintendent, told Channel 9 about capturing Fenner.

Fenner was first taken to a hospital to treat a gunshot wound that occurred in Shelby, officials said. He is now in the custody of the Rhode Island State Police.

"It's just another animal and that's our opinion, taking him off the street, killed a brother police officer. So our thoughts and prayers are with the Shelby Police Department and all police officers in North Carolina, and we're glad that we could help and do our little part,” O'Donnell said.

Officer Brackeen, 38, was shot while looking for a wanted man over the weekend and died Monday morning at Carolinas Medical Center, the Shelby police chief said.

A State Bureau of Investigation official said they arrested Deitria Morris Tuesday for accessory to murder. The SBI also arrested Ashley Hamrick Tuesday afternoon for harboring a fugitive. They will both face a judge Wednesday in Cleveland County.