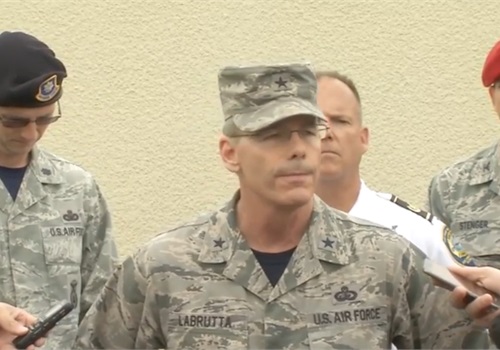 VIDEO: Two Killed in Shooting at Air Force Base in Texas

An airman killed his commander before apparently turning the gun on himself, sparking a lockdown at Joint Base San Antonio-Lackland in Texas Friday, a senior U.S. official told The Associated Press.

The shooting was not an act of terrorism, an FBI investigator said, reports Fox News.

The two men were found dead in an office in Forbes Hall on the base's Medina Annex, Air Force Brig. Gen. Robert D. LaBrutta reported. He added that teams found two handguns at the scene, but did not say whether both belonged to the shooter.

Investigators did not identify either of the dead. Police cleared other nearby buildings, Fox 29 adds.