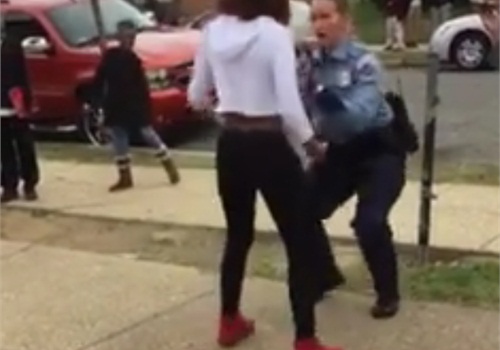 On Monday, a Metropolitan D.C. police officer wanted a group to disperse on K Street SW when another teenager — identified by the Washington Post as 17-year-old Aaliyah Taylor — walked up playing “Watch Me (Whip/Nae Nae)” on her phone.

Then, Taylor said, the officer “laughed and said she had far better dance moves than that,” according to reports. The officer and teenager made it a dance-off.

According to Taylor, the officer told the group that if Taylor won, she could stay. If the officer won, the group had to leave, WTOP TV reports.

“I never expected cops to be that cool,” Taylor told the Post. “There are some good cops.”