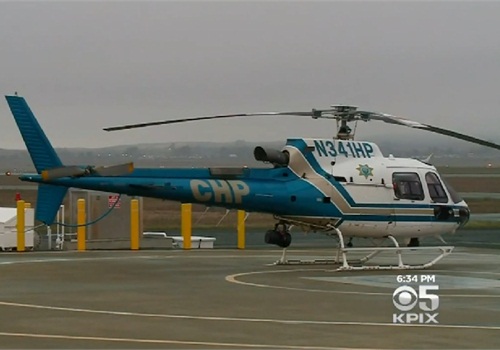 The operator of a drone that forced a California Highway Patrol helicopter pilot to take evasive action Saturday night could face federal prosecution, according to law enforcement officials, reports the San Francisco Chronicle.

A CHP helicopter searching for a stolen vehicle was flying above eastbound Highway 4 in Martinez, CA, at about 9 p.m. when the pilot spotted a red light outside of the cabin, straight ahead, and very close, said Officer James Andrews, spokesman for the CHP air operations unit.

The pilot determined it was a drone, flying at the same altitude of 700 to 800 feet, and veered to the right to avoid a collision. The drone passed to the left, close to the helicopter. The pilot circled back and illuminated the drone with a spotlight. He followed it, watched it descend for a landing, and directed Martinez police to Roux Court.

A Martinez police officer spotted a man carrying a drone into his front yard. The officer interviewed the man, whose name has not been released, and forwarded a report to the CHP, said Martinez police Sgt. Fred Ferrer. The man was not arrested or cited, but the incident will be investigated by federal and local authorities, and he could face federal charges, Andrews said.