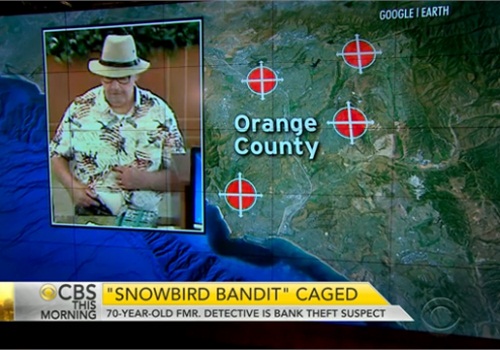 Randolph Adair, 70, appeared Monday in federal court in Santa Ana, Calif. The FBI believes that Adair is the "Snowbird Bandit" - named for his age and white hair - who has robbed five banks around Orange County since March, CBS News reports.

Adair has been charged with one count of bank robbery and could face up to 20 years in prison if convicted.

Adair was arrested last Wednesday after several of his family members contacted investigators saying Adair fit the description of the robber.