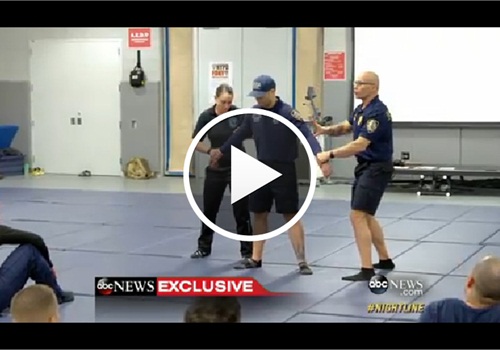 VIDEO: Inside the NYPD's Retraining Program

Police-community tension is simmering in New York City, as it is around the country, in the wake of recent officer-caused deaths of a man on Staten Island and another inside a Brooklyn housing project.

And now, America’s biggest police force is trying to make its cops smarter in order to make them and their city both safer and less violent.

The NYPD’s intensive three-day program is aimed at doing everything from getting cops to stop using abusive and foul language to training them to use non-violent hostage-negotiation techniques on people who refuse to comply. And, if words fail, the cops are being drilled on a series of “takedown” maneuvers that, while effective, are less likely to injure either arresting officers or suspects being taken in.

NYPD brass insists the program was always going to be a centerpiece initiative for the department’s new commissioner, Bill Bratton. But they also acknowledge that it became critical -- and was sped up -- after last summer’s death of Eric Garner.

This report from ABC's "Nightline" gives viewers an inside look at the program.