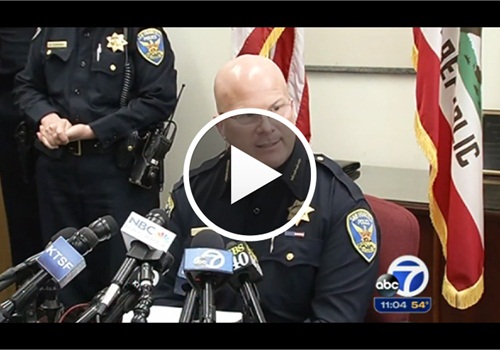 VIDEO: San Francisco Officers to be Fired Amid Texting Scandal

As expected, San Francisco PD's Chief Suhr announced he will ask the San Francisco police commission to terminate seven officers for sending, or responding to homophobic text messages. He will ask them to look at the actions of six others, as well. One police officer has already resigned and the chief expected a second resignation, reports KGO.

The text messages came to light only after federal prosecutors released them last month, as part of a bail hearing for former officer Ian Furminger, who was convicted in a federal corruption trial last December.

The scandal could jeopardize court cases that relied on testimony from officers linked to the ugly texts. A review is underway.