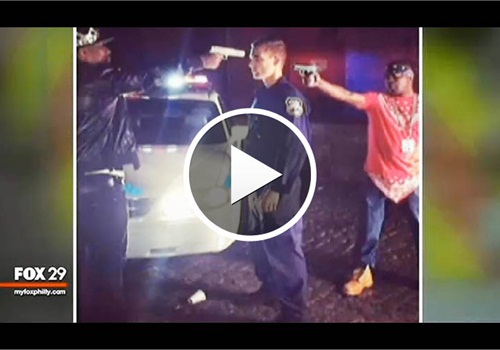 A Philadelphia Fire Department paramedic has apologized for an Instagram post that shows two African American men pointing guns at the head of a white police officer.

The post reads, "Our real enemy. Need 2 stop pointing guns at each other and at the ones that's legally killing innocents."

Marcell Salters has been identified as the paramedic who posted the picture. He works at medic 23 in southwest Philadelphia. Coincidentally, in the very same building as 19th district police, My Fox Philly reports.

"It's a brotherhood. We are out there doing the same work, public safety, and to do something like that is ridiculously stupid," said Philadelphia Police Union Chief John McNesby.

The mayor's office says if true, the posts are obviously disturbing and calls for an explanation.