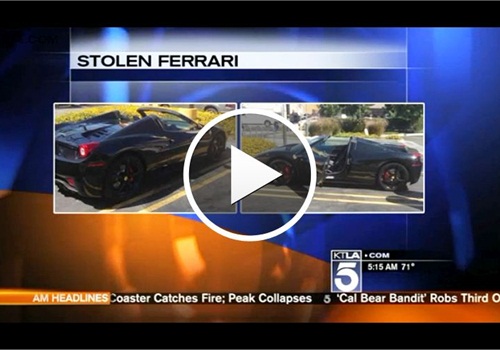 Officers initially located Earnie Steven Hooks in the Ferrari, which had been reported stolen, after he allegedly fled a DUI checkpoint in Fontana late last month, according to a news release from the Fontana Police Department.

The vehicle was found abandoned and taken to a local impound. A day after the incident, the suspect allegedly broke into the impound facility and stole the Ferrari for a second time, the release stated.

He was located by detectives last Thursday allegedly driving the stolen vehicle and now faces a number of charges, including theft and unlawful taking or driving of a vehicle, authorities said.