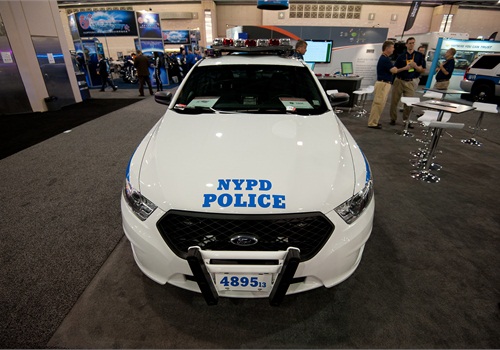 Ford has found a way to tweak a couple of high-tech features to create a capability that helps protect police officers, USA Today reported.

It's "surveillance mode" that's used on the police version of the Ford Taurus, known as the Police Interceptor. It employs the car's rear-view camera and proximity radar to warn police officers if they are being approached from the rear.

If a stranger comes up from behind, a chime warns the officer. It also rolls up the driver's side window, locks the doors and flashes exterior lights.

Introduced on 2014 police vehicles, surveillance mode is now being offered to other automakers and for military applications, Ford says.