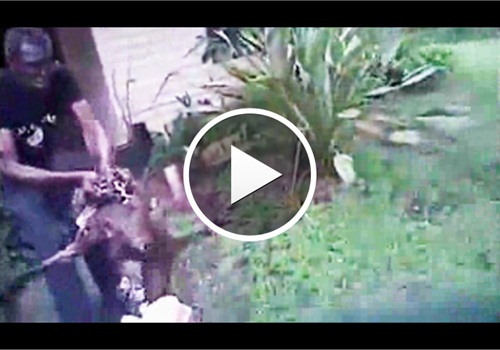 A pit bull that was Tasered twice by a Flagler County, Fla., sheriff’s deputy and later euthanized “chewed its way through the door” of a bedroom and bit a total of three people before animal control officers could contain the dog, according to a sheriff’s report.

The dog was contained at the front of the house “without further force” until paramedics arrived to treat the injured family members, and animal control officers came for the dog, the Daytona Beach News-Journal reports.

The incident was captured on a TASER Axon officer-worn video system.