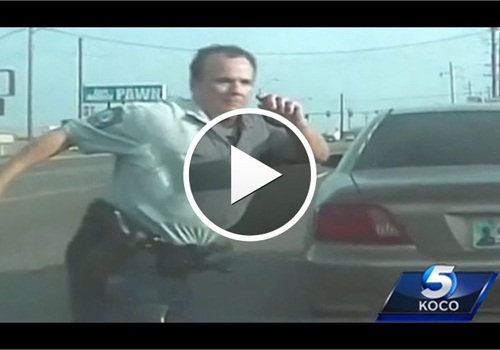 A driver plowed into a parked police cruiser last Thursday in Midwest City, Okla., and an officer ran between the cars to avoid being hit, reports KOCO-TV.

In the video, Rummell first sees a Chevy driven by Chrissea Jackson. The vehicle then hits the police cruiser.

“She admitted she was on her telephone and that she was in a hurry to get where she was going and not paying attention,” Clabes said.