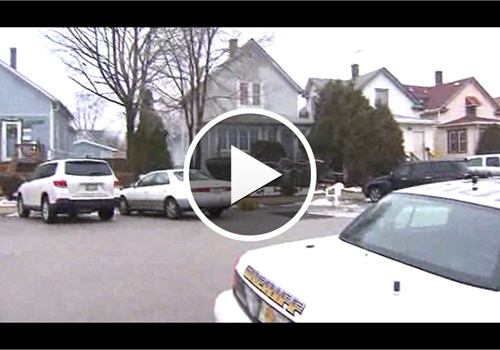 Two Bellwood, Ill., men in their 20s have been charged with gunning down a Cook County sheriff's investigator as he tried to stop them from robbing his daughter and her boyfriend outside a holiday party at a VFW hall, the Chicago Tribune reports.

Brandon Jackson and Gage Thornton, both 22, are each charged with three counts of first-degree murder and one count of attempted armed robbery in the death of Officer Cuauhtemoc Estrada, 50.

The two were arrested without incident around 3 a.m. Saturday, about six hours after Estrada was shot in the chest in the VFW hall parking lot at 2817 St. Charles Rd. in Bellwood, according to Bellwood Director of Public Safety Andre Harvey.

Part of the robbery was caught on a security camera, and the investigators used the video to track down the suspects, Harvey said.

The Officer Down Memorial Page reports that Estrada was the 100th officer to die in the line of duty this year.