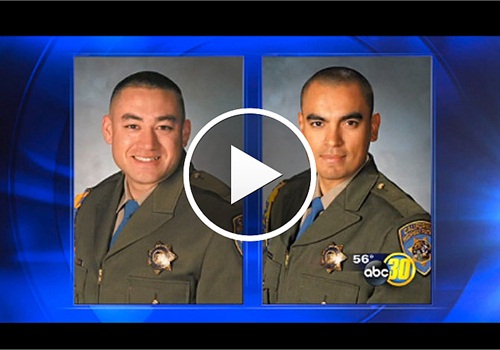 They have been identified as Brian Law of Clovis and Juan Gonzalez of Fresno.

CHP Capt. Dave Paris told the Fresno Bee the CHP received multiple calls about a collision in the northbound lanes of Highway 99 south of Sierra Avenue. The officers were responding when they drove right up on the crash scene, which was in the southbound lanes north of Sierra. They took evasive action to avoid striking any of the other parties and struck a guard rail with their Ford Crown Victoria cruiser. Gonzalez was driving. They died at the scene.