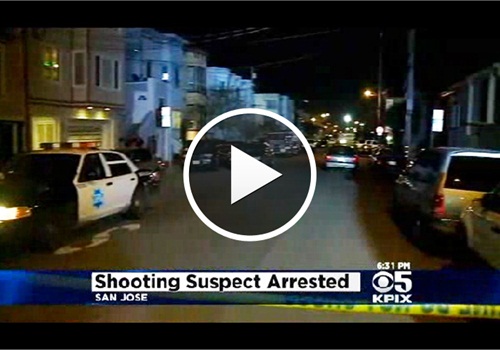 A San Francisco man was arrested Sunday on suspicion of assault with a deadly weapon and other felonies in connection with the shooting of a police officer and a high-speed chase that passed through four Bay Area counties.

Jeffrey Ruano, 50, of San Francisco was detained early Sunday - less than a day after San Francisco police Officer Adam Shaw, 28, was shot and wounded during a vehicle stop in the Mission District. Shaw is out of surgery and expected to recover, the San Francisco Chronicle reports.