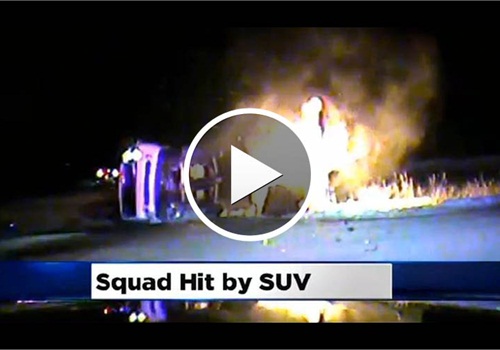 A Braham police reserve officer is alive thanks to the quick actions of a good Samaritan, reports CBS Minnesota.

Reserve officer Paul Dial was on patrol late Wednesday night when his squad car was hit by an SUV. He was trapped inside when the squad burst into flames.

Ryan Smith, 26, says he heard a loud boom and looked outside and saw the SUV on its side and a police cruiser in the ditch. He didn’t think twice or take time to put on his shoes before he ran to help save those in need.

He was able to lift Dial out before the fire got them both.